Patrick Pressgrove was born into adversity. Growing up with a cleft lip and pallet and legs that were formed incorrectly caused him to miss out on a lot growing up. While his friends were out participating in sports and doing all the physical activities that kids do, he was left behind feeling depressed, embarrassed and often just physically unable to keep up. It seemed he was always on the sidelines. 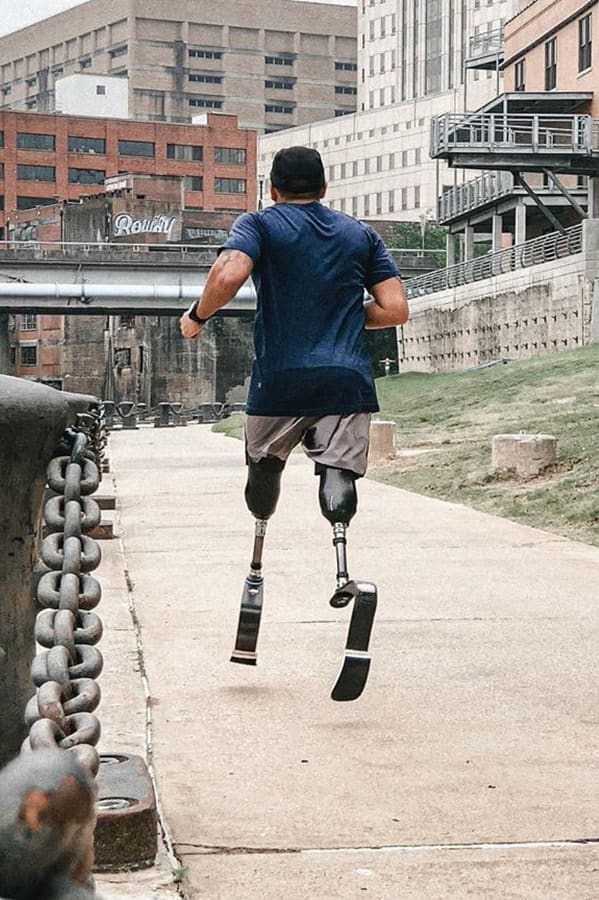 A few years ago, on the advice of some friends, Patrick took up running. His life was changed forever the day he was granted a pair of running legs by the Challenged Athletes Foundation. And as if wanting to make up for every second lost during his childhood, Patrick soon became an endurance athlete running multiple marathons, including the Boston marathon, half marathons, half Ironman triathlons and more. He’s now the COO of Team Catapult in Houston, a non-profit that works with challenged individuals in endurance sports, as well as a recognized fixture in his local running community.

Today, Patrick’s advice from his older self to his younger self is simple. “Just take the first step!”. Discovering running and endurance sports has changed everything for Patrick. That shy person depressed and embarrassed about his situation has been replaced by a confident, empowered athlete that now knows no limits for what he dreams of accomplishing. Patrick’s story is one that demonstrates what is possible if we surround ourselves with positive people and believe enough in ourselves to never quit no matter what life throws at us. Patrick Pressgrove is FORGED PASSION.